I‘ve been recently helping a couple of fellow consultants who are designing and running a leadership development course for the European organisation of a Japanese multinational.

They asked me to do an hour session with each group on managing in the matrix. The organisation has a matrix structure but seems to have only the disadvantages of the matrix and none of the benefits.

My first matrix role was in 1989 and matrix roles continued throughout my Shell career. My personal record was a job where I had six bosses in total, who all thought I just worked for them. And obviously I have also had roles where I had people ‘working’ for me in the matrix where I wasn’t their official boss. In one huge reorganisation I project managed, the total was almost 100 in different countries.

I was lucky early on in my career to meet up with Kevan Hall and his Global Integration organisation when they were starting out, whom I have mentioned previously in these blogs, and learned a lot from them to add to my own experience. In my years of consultancy I’ve also helped other companies get the best out of their matrix organisations.

An hour on matrix management really isn’t enough for this company and their leaders. Nevertheless I quickly cover role (un)clarity, getting alignment, dilemma reconciliation, accountability without control, influence without authority, trust, culture and the skillset needed to be a successful leader in the matrix, in the hour. Although there is no time to even mention other important matrix topics such as conflict resolution.

The participants fill in a questionnaire in advance about their thoughts on the matrix they find themselves in and this input, together with the reaction from participants themselves in the session and breakout groups, has led me to a couple of observations.

First, they really need to tackle their organisational design and processes if they want to reap the benefits of the matrix, but this seems to be a step too far!

Second though, is that the leaders have difficulty with the separate concepts of getting alignment and influencing across boundaries. Or perhaps more accurately they understand alignment, but use this as their (only) tool for trying to influence without power and authority.

So when asked how they influence without direct authority, or when asked to discuss a real issue where they are trying to influence across boundaries to get things done, the examples they give will include such things as: using facts; explaining clearly how doing something is good for the company and its results; explaining the purpose; use of values; company strategy; mission & vision; key performance indicators; business targets; giving clear instructions and issuing strong requests.

All of which can help create organisational alignment as a first step but won’t necessarily change an individual’s mind, heart, attitude and behaviour to help one achieve one’s goals across organisational silos.

I have therefore attempted to introduce the concepts of identifying the individuals they need to influence to meet their goals (a form of stakeholder mapping, but not the 50 ‘key stakeholders’ some of the leaders say they interact with in one day!), discovering what they value, what they need and what ‘currency’ the leaders might have to help influence them. An example in a pre-Covid world was travel, but other examples are sharing expertise, information, variety, exposure, expanding their network, development, reputation, good will, coalition building and reciprocity. So a much more personal approach via relationships than just the organisational alignment tools they are currently using.

And the trick is to build the influence before you really need it. Through developing positive relationships, credibility and trust, identifying that ‘currency’ and building common ground. If you wait until the last moment when you need to change the perspective of a colleague in the matrix, it is probably too late. Incidentally another approach is to turn the situation around. What resources do you own that others might need? If you can identify these needs and make offers, then it makes it much easier for others to agree and collaborate with you when you need to influence them.

Which brings me to my third reflection. These company leaders are generally successful at business, make intelligent observations and are doing a lot of the ‘right’ things. But they also appear frustrated with the matrix, more comfortable with a hierarchical structure and desperate for the clarity that will not be, and should not be, there in a matrix. And if they confuse alignment with influencing and persuasion across boundaries, then managers in other matrix companies may do the same. Which means to reap the true benefits of the matrix, more developmental time might need to be spent on personal influencing skills and building network alliances. And which in all honesty, as I know from my executive coaching, are just as important skills for success in the top echelons of hierarchical companies as in the matrix.

If you wish to talk about your own matrix organisation, please get in touch and I will be pleased to help! 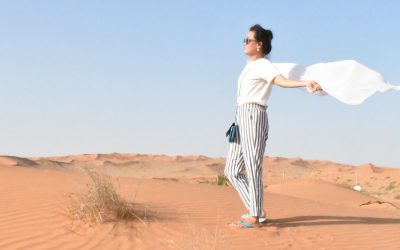 Having done executive coaching for over twenty years, it is interesting to see how little the challenges facing newly hired executives coming from other companies, or indeed those promoted internally, appear to have changed. It is just as fascinating is to realise how... 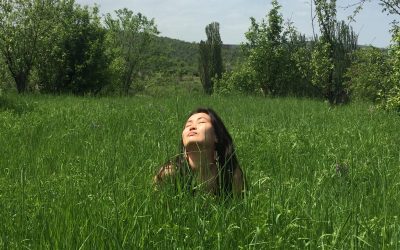 The older you get the more likely you are to be attracted by nostalgia and the belief that things used to be better. Whether this is really the case is not the subject of this blog, but there is one subject on which almost all companies, whether in Russia, Europe or...