I have written earlier about benchmarking in connection with the talent management project at the European Space Agency (ESA). ESA were interested to learn what other similar technological companies did in regards to talent management. As I wrote at the time though, the importance of benchmarking and finding out what others have or do in practice can be interesting, but what you cannot do is just steal ‘the best’ and have it work for you.

Nevertheless I am still regularly asked to provide benchmarking for oil, gas and chemical companies, which I do, but I always ensure that there is a ‘health warning’ attached. Because there are many dangers inherent in benchmarking and trying to copy companies you think might be better.

Use of benchmarking data

Benchmarking is the practice of comparing one’s business processes or performance metrics with a range of similar companies, often competitors, (or parts of the same company such as production plants) to learn where one’s own results are compared to best practices and the most successful company metrics. Dimensions typically measured are quality, quantity (such as production volumes), time and cost, which obviously includes head count. Ratios can also be used for the purpose of comparison (such as cost or production per unit of measure).

Most companies are keen to know where they are in comparison with others and use benchmarking to confirm superiority or, more often, to drive improvement by comparing their performance with others, understanding the gaps and taking steps to close the gaps to improve performance.

However there are dangers inherent in benchmarking.

If all the data involved in benchmarking companies was easily available, in one place, used common and transparent definitions and was part of a statistically reliable sample size, then there would be less of a problem. However even benchmarking plants in different locations in the same company can be fraught with these difficulties, let alone benchmarking against external organisations and probable competitors.

Second, by definition, benchmarking concerns visible aspects of another company’s management approach but may not be the real (or only) reason they are successful. When companies try to copy what others are doing without first asking basic questions (such as: ‘Why might this practice enhance performance?’ ‘Is it the right thing for us to do?’ ‘Would we see the same results if we did the same?’), then it might not be successful and could even do more harm than good. It is not enough to assume that because a successful company has a set of benchmark figures or uses a given practice, this is the (only) reason for that company’s success, and if we did the same we would be as successful.

An extension of this issue is that management of any company, and especially the benchmarked ‘successful’ ones, is often a system, so borrowing or copying individual practices without considering the holistic picture will seldom make sense or be itself successful.

There are other challenges to obtaining good benchmarks.

When looking at business processes, the factors to be benchmarked may be too general or too high level. For example, ‘operational excellence’. Every production company wants this but it can mean different things to different organisations. Which means it can be difficult to make comparisons in the benchmarking and more importantly define real actionable steps for improvement.

The opposite can also be true, that the benchmarking need is very specific. For example anything connected to a specialized piece of machinery or an uncommon process. Specific might seem the correct approach and might be extremely useful if it could be done, but getting data from others might be challenging and especially enough such that any benchmarking data is statistically significant.

Even if one manages to gain reliable knowledge of another company’s benchmarks and results, it does not immediately provide the rich content that will enable a competitive advantage to be developed. Although it may drive you to improvement, it will not provide the necessary information on how to improve.

The final challenge in getting value from benchmarks is applying whatever you (think you) learned. Distilling the correct actions from the right conclusions (as explained above) can be difficult. Change management then becomes important: is there buy-in throughout the organisation, competences required to deliver the actions successfully and a company culture in place to accept the changes?

The next issue is whether benchmarking is a one-off action. The key to the success of doing benchmarking is to set up a culture of continuous improvement. Track the results of your improvements internally and continually improve upon them.

Benchmarks should frame the problem statement and challenge the company to do better. They are the starting point for creativity and innovation, but not the destination.

And if you only copy what others are doing then the best you can hope for is an imitation. Furthermore this also assumes the benchmark company will stand still and will not continue to improve. Which is highly unlikely.

Having worked in countries such as Russia and Kazakhstan I am aware that there are other factors that influence benchmarking comparison with Western European or American based plants.

For example the cost of labour is high in Western Europe, which drives companies to lower manpower where possible which can directly lead to production efficiencies. In countries where the cost of labour is relatively cheap, cutting numbers may have little overall effect. Improvements in technology may be much more useful. There may even be a ‘license to operate’ or social stability factors whereby keeping employment high in regions of a country where the production plants are situated, with little or no alternative employment or high unemployment, might be a better business decision.

There are similar issues with the technology: maintenance for example. Whereas Western companies can afford and are able to replace machinery quickly in the event of breakdowns, directly from suppliers for example, importing can be difficult and time-consuming for other countries (or impossible in the case of sanctions). In this case they may repair more machinery themselves, and hence have more people in service to do that than a Western benchmark. Absence of widespread and reliable process control in production units may also require more people. So purely comparing the figures and drawing the conclusion that the company has too many people may be over-simplistic.

I repeat: benchmarks can be useful but should be applied with care and in the correct context! 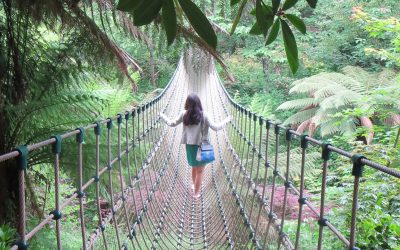 I was recently asked by a fellow consultant if I could help and shed some light with information about Stakeholder Mapping, for a company for whom they were designing leadership workshops. I’ve used Stakeholder Mapping a lot during my career, especially when running...