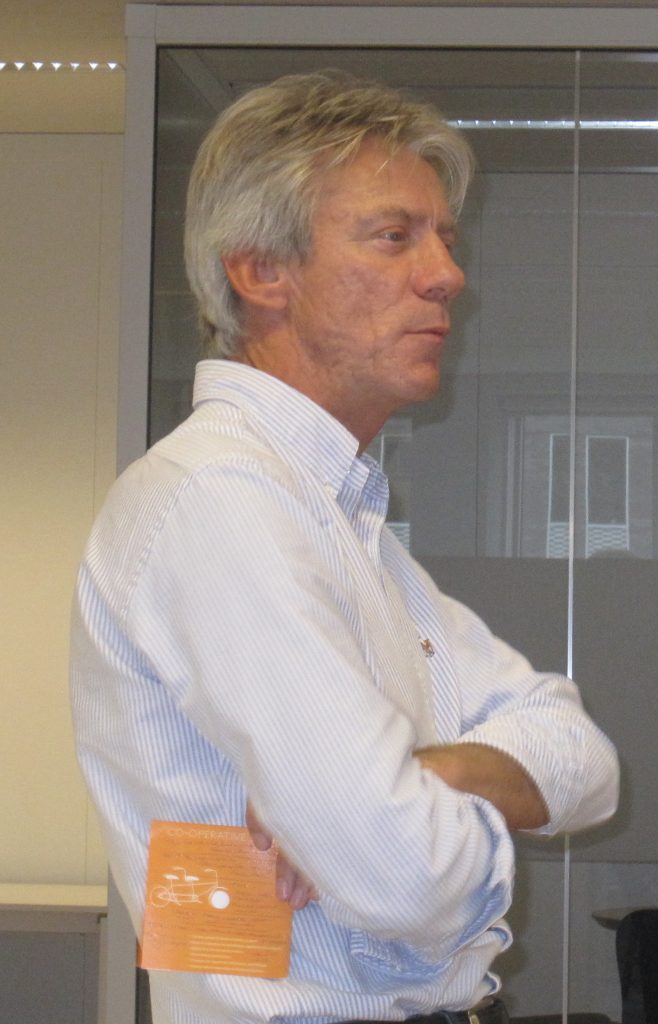 Gary was born in London, England but has been based for much of his life in The Netherlands (he has both British & Dutch nationality), although he has also lived and worked in Russia and Kazakhstan. He has a technical background having a BSc in Chemistry and a PhD in Physics.

Gary worked for Royal Dutch Shell for over 30 years, joining at the Research Centre in Amsterdam and after a first couple of years in a technical role, managed different research & development groups.

Although the majority of his career from then onwards has been in international and global HR, he has also done a number of line management, business and strategy roles, moving back and forward between HR and business. He has also led a number of large organisational change projects.

His international HR roles at Shell include Global HR Manager in Shell Chemicals for 6 years whilst Chemicals was divesting and reorganising globally.

In his last role at Shell as VP Strategy & VP HR for the Shell shared service network, Gary combined both HR and business, growing the number of jobs from 1500 to 9000 and leading 100 HR staff in 10 countries

Since creating Valshebnik Consulting 11 years ago, Gary has consulted, alone or with colleagues, for many large, often technical, companies, in addition to full-time roles.

Gary worked as HR Director for Fonterra, New Zealand’s biggest company, a dairy farmer’s co-operative (closing the European HQ in Hamburg and re-opening with almost all new staff in Amsterdam).

Gary has also lived and worked in Kazakhstan for more than 3 years as General Director of the Sovereign Wealth Fund’s Corporate University, whose clients included all of the major national companies (including the national oil & gas company, the railways, telecoms and post, the power grid & generation, engineering, mining, chemicals, airlines, finance) concentrating on talent development & change management. In this role Gary was also the legal employer of a staff outsourcing organisation of over 1000 people.

Gary also carried out ten projects for the European Space Agency over a four-year period, introducing many aspects of talent management and assessing the agency’s approach to project management.

For the last four years Gary has been coaching senior executives at Sibur, Russia’s largest and most successful chemicals company, in addition to consulting with their Corporate University on a range of talent development, organisational design and change management projects. Four examples were helping set up a new international level technical training centre in Siberia, the refreshment of the Young Specialist programme, a review of the Sibur R&D organisational design and processes to stimulate innovation and advising on Crisis Management.

Gary also uses his extensive network to support other individuals and companies in their business development.

He is the author of the book ‘People Matters, People Matter: Personal experience, observations & tools for the Management of Talent and Change’ (Valshebnik Publishing, 2020) based on his HR blogs LINK and published to celebrate the 10 year anniversary of Valshebnik Consulting.

Snapshot: Has worked in fairly independent areas in Shell (and since), allowing independence of action & minimal institutional support; frequently demonstrated that can move between strategic, tactical and hands-on with ease.